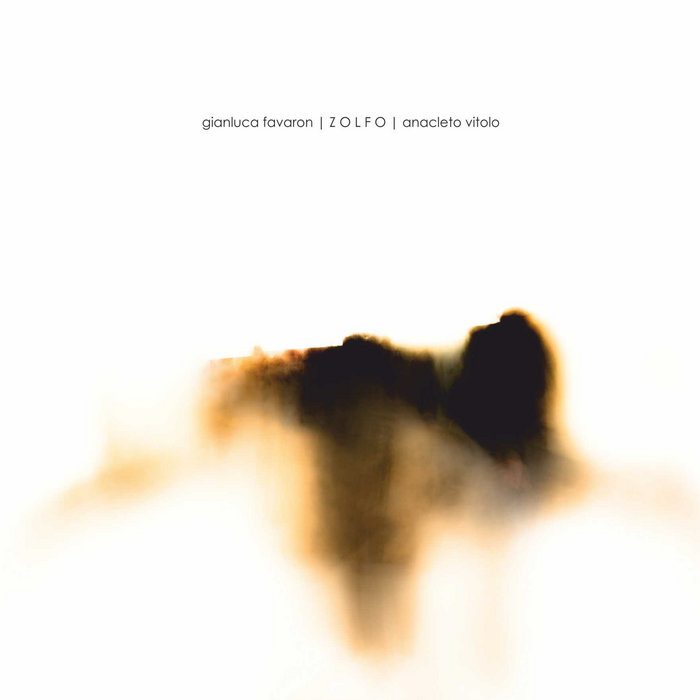 "Zolfo" is born by the collaboration between Gianluca Favaron and Anacleto Vitolo. Both involved in many projects and music collaborations - Favaron with Corrado Altieri, Deison and in groups like Lasik Surgery, Maribor, Zbeen and Under The Snow; Vitolo with Doublebass player Francesco Galatro, Viola player Michela Coppola, Domenico Stellavatecascio (Internos) and many other.
The album was composed, recorded, and mixed between January and May 2016 and is a mix of several music elements and techniques, such as tape loops, cymbals, microphonic works and live electronic processing. The result is a combination of musique concrète, noise and drone music.

Gianluca Favaron:
As electroacoustic musician, his work focuses on the processing of concrete sounds using software made on purpose. Field-recordings, drones: an approach that uses different music languages, to elaborate, merge or transform sounds made by everyday objects into something different, both taking them out of context and/or processing and modifying them with various effects. .
In 2015 he has released the CD albums "Entretien" on 13/Silentes and "Forget About Any Non-Gray" on MFU /Concrete

Anacleto Vitolo:
Anacleto Vitolo A.K.A. AV-K / K.lust / Kletus.K part of several collectives such as X(i)NEON, Internos and Algebra del Bisogno, born August 2, 1985 in Battipaglia (SA), Italy.In 2010 and 2014 took part in “FLUSSI” festival sharing the same stage with some of the most important musicians of the contemporary electronic scene as Murcof, Thomas Fehlmann, Vladislav Delay, Retina.it, Emanuele Errante, Mokira, Mount Kimbie, etc. In 2013 signs a contract as Publishing Artist with FatCat. In 2015 takes part to MiRA festival in Barcelona with Andy Stott, Ben Frost, Richard Devine, Prefuse 73, Nosaj Thing and many others. He's the CO-Director of Manyfeetunder label, alongside with Vincenzo Nava ( dramavinile, UHVA) and Cogwheel Press Rec. Active with a lot of collaborations and releases.

All tracks composed between January and May, 2016
Produced by 13/Silentes and Manyfeetunder/Concrete
Mixed By Gianluca Favaron and Anacleto Vitolo
Mastered by Anacleto Vitolo @ AV-K Studio
Artwork by Stefano Gentile