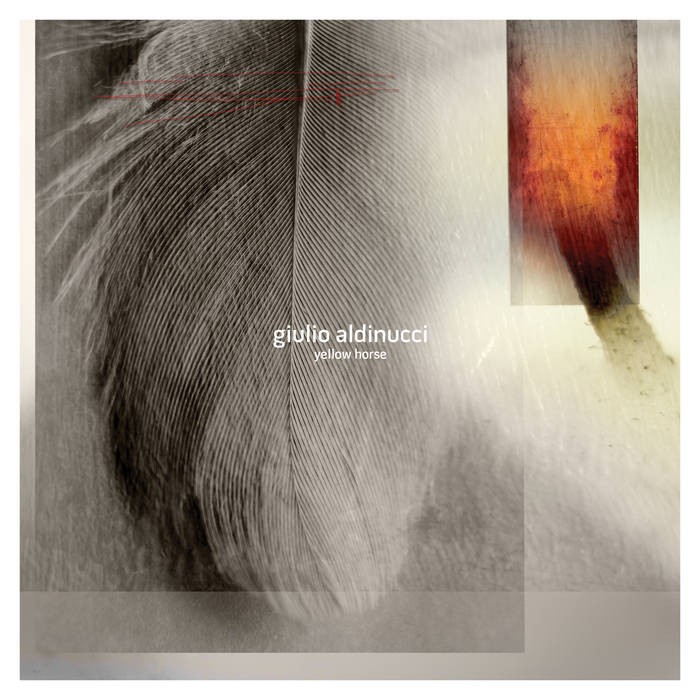 Yellow Horse is a twenty-nine minutes long composition based on sounds I created and collected during the last decade: field recordings, patches written on my favourite software and synthetic sounds coming from my analogue modular and digital instruments. Indeed, they are part of my personal memory. All this sounds have been processed and completely re-shaped, in a constant dialogue with memory and the perception of it, to create something completely new: one of the infinite possible views on the past and the future.


Giulio Aldinucci was born in Siena (Italy) in 1981 and he works mainly in the field of electroacoustic music. His musical research always focuses on different synthesis techniques and on the use of field recordings.
During the period 2006-2011, he has released three albums under the project name Obsil (the word “Obsil” stands for observing silence).
His first album, “Tarsia”, was released in August 2012 by the Anglo-Japanese label Nomadic Kids Republic (part of the Home Normal label family).
The Russian label Dronarivm released his second album “Aer” in September 2014.
His third album “Spazio Sacro” was released in May 2015 by the North American label Time Released Sound. This cd release comes in two distinct versions: a deluxe art edition and a standard version.
“The Prelude To”, a collaboration album made by Pleq and Giulio Aldinucci for the Australian label Long Story Recording, was released on cd in August 2015.
In addition to his contribution to various compilations (Home Normal Elements, The Wire Tapper, among others), collective works and the realization of two EPs, he also wrote music for theatre, video art, documentaries and short movies (some of them award winners). He contributed to the realization of various installations, such as “Talking Doors – Sounding Door” by Julijonas Urbonas, winner of the Award of Distinction in Interactive Art, Prix Ars Electronica 2010.
In June 2013, Giulio Aldinucci and Attilio Novellino launched the project “Postcards from Italy” which consists of an album published on CD by Oak Editions, a live event at Cafe OTO (London) and a special installation at SoundFjord Gallery (London) by AIPS collective & Gianmarco Del Re.
In October 2013 his composition “Come il mare” was included in the CD “Sound at Work – electronic music and labour” created by Tempo Reale, the Italian electronic music research, production, and educational centre founded by Luciano Berio.